How to Make Great Cold Brew at Home

Posted by Matthew on 8/18/2022 to Coffee Education
You’ve probably seen jugs of cold brew at your local coffee shop. You may even have tried the chilled concoction. But what exactly is cold brew? Well, isn’t leftover coffee that you’ve put in the fridge—it’s coffee that’s made with cold water.
What?? Who invented that? Did they not know of the pungent pleasure of the pour-over, the ecstatic ebullience of the espresso?
Rich, Earthy, Low Acid
Well yes, but cold brew is its own thing. Some say its taste is richer, earthier, deeper than hot coffee. Not to mention way less bitter (acidic). For that reason, most cold brew aficionados tend to prefer medium or dark roasts, as the process brings out nutty and chocolatey flavors.
If you want to try making cold brew at home, try our Superior Dark, our Guatemala Nahualá (because of its chocolate notes), or any other medium roast. That’s not to say that you won’t love your favourite light roast brewed cold, but the process does tend to mute the acids in a coffee’s flavour profile, which is a big part of light roast’s appeal. 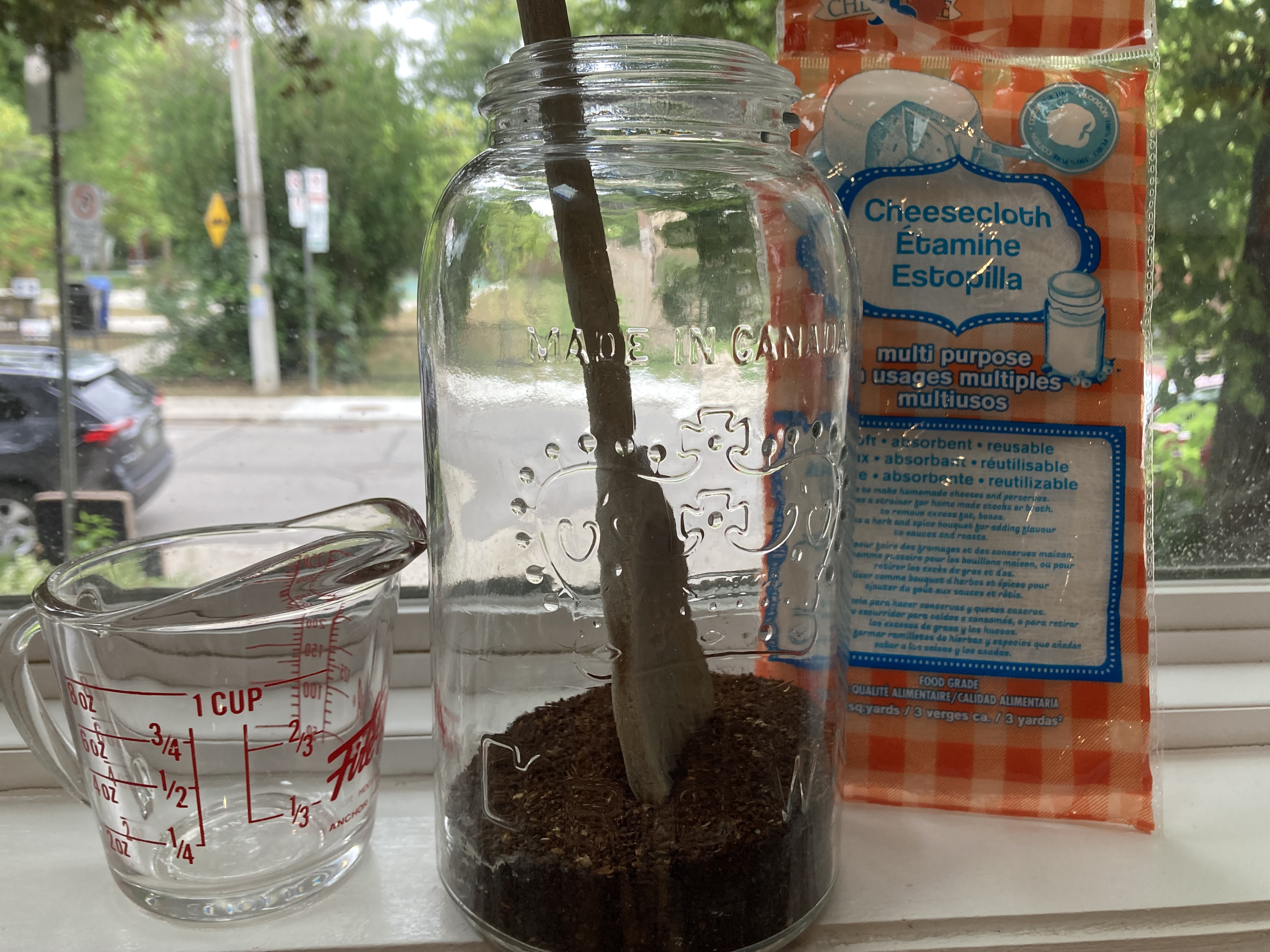 The Recipe
Making cold brew is super simple. Combine an ounce (28 grams) of coarsely-ground coffee per cup of water. That’s about a one-to-four ratio; one cup of ground coffee to four cups of water. It may sound like a lot, but wait till you hear the whole story.
Prepare cold brew by giving the water/coffee mixture a few stirs, then leaving it on the counter for 12-15 hours. Next, strain using a fine sieve (silt will make it through), a paper coffee filter (better) or a nice sheet of 100% cotton, like a piece of an old (but clean) Tshirt or dress shirt.
There! You have concentrated cold brew that you can keep in the fridge and drink all week long—super convenient and tasty as hell. The only trick is to dilute it 100% every time you pour yourself some. As-brewed it’s powerful, concentrated coffee. Drinking it straight up could have you jerking and popping your way down the street all day long. 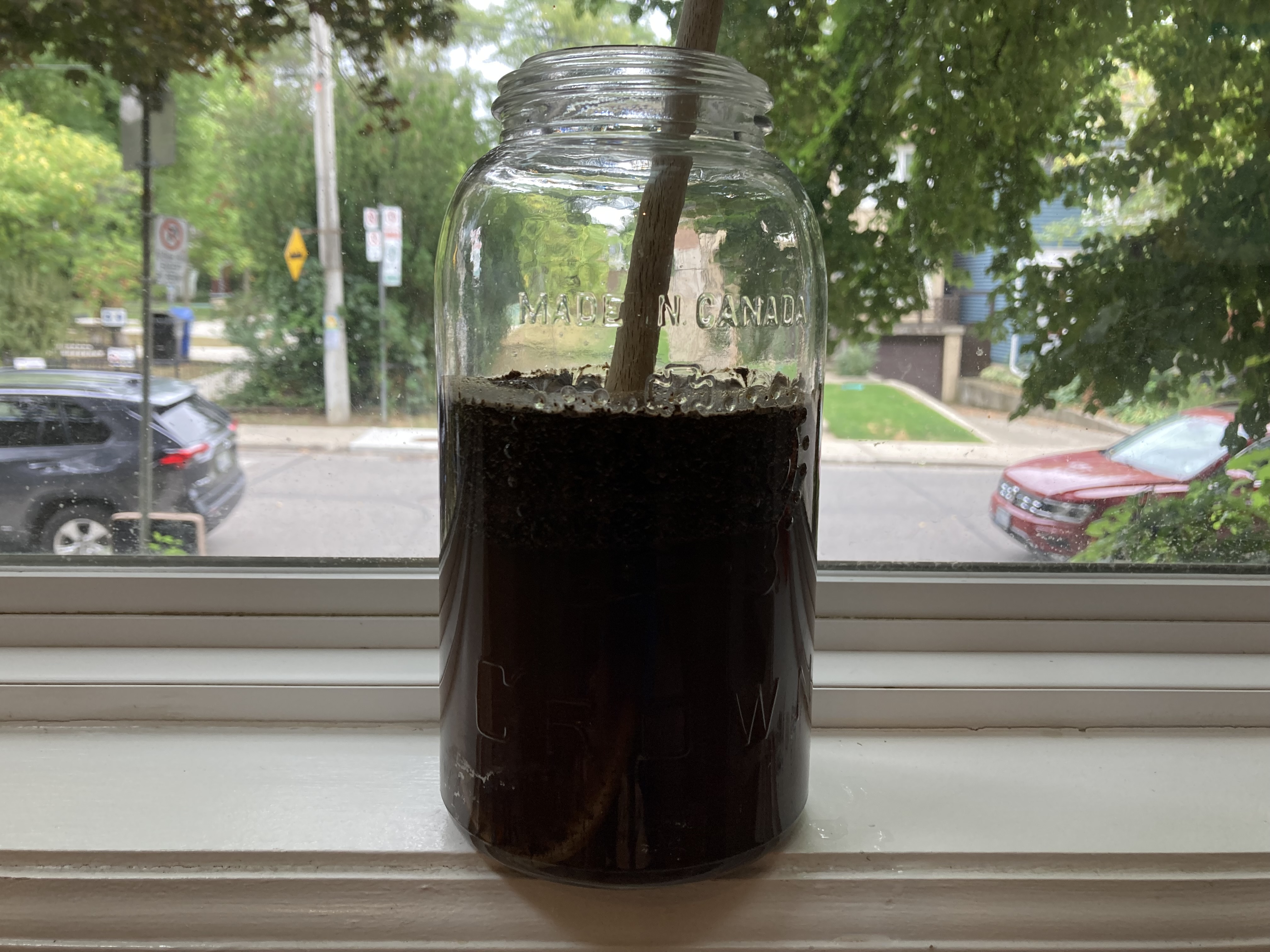 Goes Great with Everything
Cold brew goes great on ice, with milk, cream, oat milk, nut milks or your favourite coffee whitener (we’re hoping that’s not the powdered stuff).
Cold brew is also great as part of a coffee milkshake! For that, pull out your blender and add  a cup of cold brew, a medium scoop of vanilla ice cream, a dash of vanilla extract, a whole egg (optional) and an ice cube. Mmmm tasty.
Ready to try it? Go make some now!
Previous Post
Next Post

I've been making this every week - agree that the Superior Dark is the best one to use! Curious though ... you let this brew on the counter, not in the fridge? Did you try comparing? I've never tried at room temperature before ...